SIGN UP FOR THE GODDESS ACTIVATION RETREAT IN UBUD, BALI!

I love feedback. Especially the “constructive” kind. Whenever I receive constructive feedback, I’m immensely grateful. I don’t overreact. I just take it for what it is: one data point from one person. I file that data point away, and sometimes it ends up being helpful later on. 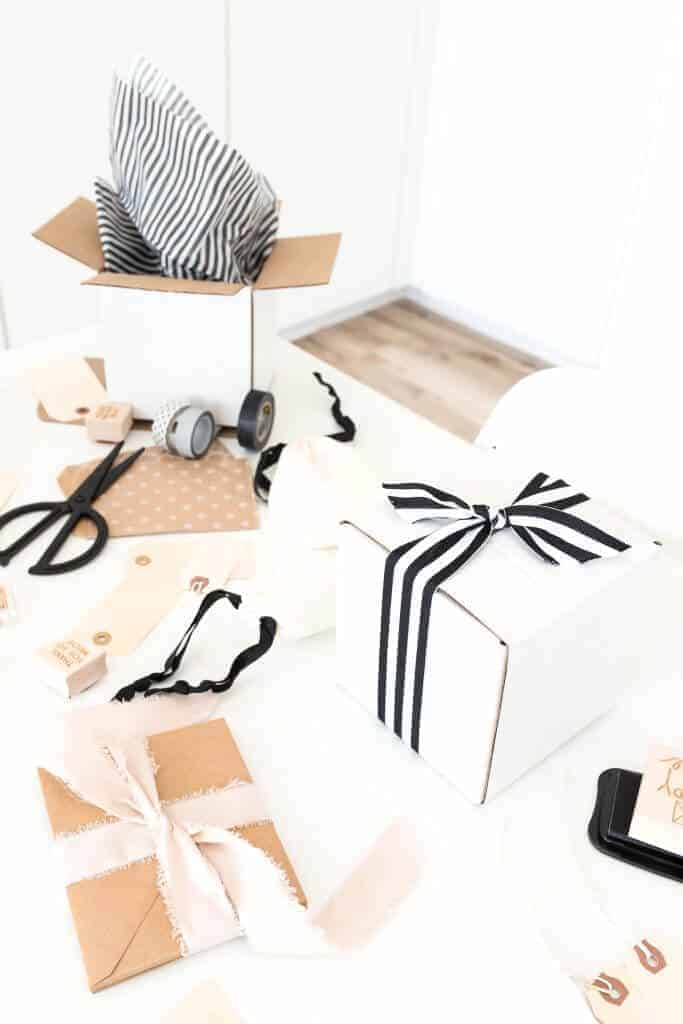 Feedback is a gift

During my two years in business school at Stanford, I probably heard the phrase “feedback is a gift” at least a billion times. At first it sounded cheesy, but now it’s become a mantra. Feedback is a gift because the feedback giver faces possible repercussions (like hurting someone or ruining the relationship). That’s why people often decide not to give the feedback at all. Instead, they silently stew about Karen’s interruption habit and wonder how she could be so rude. Well, it’s because no one’s ever told Karen how she could improve.

In order to be a good giver of

feedback, you need to be a good receiver of feedback.

People often experience constructive feedback as an insult or attack, so they get defensive and overreact. Don’t let this be you. If you react poorly when someone gives you the gift of feedback, you probably won’t get it again. It’s so rare that we get insight into how other people experience us, but it’s essential to personal growth. If you aren’t a good receiver of feedback, you won’t get any gifts. And trust me, you want the gifts. So before we even get into how to give constructive feedback, let’s talk about how to receive it.

How to receive constructive feedback:

When that alarm in your brain goes off because you sense that someone is about to criticize you, stop your instinctual reaction (both verbally and facially). Just breathe for a second and process what they’re saying. Remember, this is just one data point from one person, and it could end up being useful… so don’t go on the attack.

We don’t get a ton of opportunities to get constructive feedback, so don’t interrupt. She’s probably nervous and it could take a bit before she gets to the core of the feedback. There’s no need to debate her because this is just her perspective. Even if she’s accusatory, and even if you think she’s lazy or a total bitch, it doesn’t mean she’s wrong.

This can be difficult, especially if the feedback giver isn’t the most eloquent. But remember, the giver could have kept this information to herself, and she chose to take a risk in order to help you improve. Acknowledge her personal risk by saying “first of all, thank you for caring about me enough to give me that feedback.” I promise once you do, her face will relax and the conversation will get easier.

Start by mirroring back what you heard: “I hear you saying that when I arrive late to work, you feel disrespected. Do I have that right?” This lets her know that you care about her perspective and were really listening. Next, ask any clarifying questions you have, and ask how she thinks you can improve. You can seek to understand, even if you disagree. Thank her again. If she’s your boss or superior, ask her if you can follow-up in two weeks on how you’re doing.

Just because you got a piece of constructive feedback, doesn’t mean you need to listen to it. Once the conversation is over and you’ve chilled out a little bit, reflect on what she said. Did it resonate with you? Is this something you want to change in yourself, or is it something you like about yourself? If you’re not sure, it’s always good to get other opinions. Ask people you trust (they don’t necessarily have to be your best friends, but rather people you respect).

Not as easy as it seems, right?

Receiving feedback well takes practice. Certain moods, sensitivities, and people make it even harder. For instance, my friend is especially sensitive to constructive feedback from her parents (ok fine it’s not my friend it’s me). Keep in mind how difficult it can be to hear constructive feedback when you’re giving it. This doesn’t mean tip-toeing around the person, or they’ll never receive the message. You should always be direct, but never judgmental. In other words, don’t just say “GOD Karen you’re so STUPID.”

How to give constructive feedback:

Don’t bury the lead here – make it clear right away that you have a piece of feedback to share – but also share why you’re giving the feedback. (Hint: you should only be giving feedback to help the person improve. That’s what makes it CONSTRUCTIVE feedback.) When it’s clear you’re just trying to help, the receiver can let her guard down. Example: “Hi Karen, I have a piece of feedback I’d like to share with you that I hope will help us work better as a team.”

Step 2: Focus on the Behavior

Give feedback on the behavior the person is exhibiting (not the person herself), and be as specific as possible (ideally, use the most recent example of this behavior).

Step 4: Use the Action-Impact Model

Once you’ve named the behavior you have constructive feedback on, rather than judging or labeling the behavior, just focus on the impact that behavior had on you. This is called the Action-Impact Model: When you [ACTION], I feel [THE IMPACT ON ME]. When you focus on your own experience of the behavior, you’re never wrong. Chances are, the feedback receiver is completely unaware of the impact her behavior has on you. Example: “Today in our morning meeting you rolled your eyes a couple times after I spoke. This made me feel devalued and disrespected.” The key is to focus on the behavior you observed, but not make any assumptions or interpretations about why she behaved that way or what type of person she is. You’re detaching the behavior from the person herself.

Give her a chance to clarify and ask questions. As always, focus on the behavior, not the person. Never pile on with additional behaviors you have a feedback on. You don’t want to overwhelm her, so focus on one behavior at a time.

If it feels right, offer suggestions on how she can improve. You can even offer to follow-up at a later date, but leave the decision up to her.

Feedback Should Be Helpful

The bottom line is, feedback should be helpful, not degrading. Giving feedback is a tool for improving behavior and performance, so your objective should always be to help, not to hurt. When receiving feedback, remember that it’s a gift (even if it isn’t wrapped up in the prettiest packaging). In the end, not everyone wants our opinions (much to our dismay). But I’ve found the best relationships (personal and professional) only grow from a healthy dose giving and receiving feedback. What are your tips for giving and receiving constructive feedback? Share the wealth below!

Did you know you have six core powers inside of you? Chances are you primarily rely on one and suppresses the others. My goal as a coach is to help you fully activate ALL SIX powers within you, and that starts with first identifying your primary power archetype. Take my free quiz to discover yours. It only takes a few minutes!

FEAR OF MISSING OUT?

Get sassy, badassy career and life advice, straight to your inbox once a week.

JOIN THE SISTERHOOD; ELEVATE YOUR LIFE

Are you ready to level-up every aspect of your life? Team up arm-in-arm with me and a Sisterhood of visionary women as we activate the six feminine powers inside of you. If you’re ready to claim your confidence, master your body and mind, and design a life you’ve only dreamed of, this is the place to be. By the end of the three-month program, you won’t even recognize the queen you’ve become.